Lägg till i din kalender

This event is held in English.

The focus for this conference is particularly on the issue of the processes, tendencies and still overlooked matters that influence the Refugee Convention’s incisiveness. On this 70th anniversary of the Convention, at least 82.4 million people around the world have been forced to flee their homes and less than 1% of the world’s refugees are resettled. It is time to take stock: are we dealing with a paper-tiger and if so, how and why? There are many issues surrounding the question of validity and enforcement: from the lack of adhesion to the convention to the lack of ratification; from the question of adjudication mechanisms to that of the UNHCR budget, not to mention the issue of reasons for protection and their assessment. We are particularly interested in the idea that we might simply be going back to business as usual, making the Convention a parenthesis in the history of international relations.

Katia Bianchini, Research Fellow, Max Planck Institute for Social Anthropology: "The Role of Ex­pert Wit­nesses in the Ad­ju­dic­a­tion of Re­li­gious and Culture-based Asylum Claims in the United King­dom: the Case Study of ‘Witch­craft’ Per­se­cu­tion"

This event is organised in connection with this lecture, held the same day. 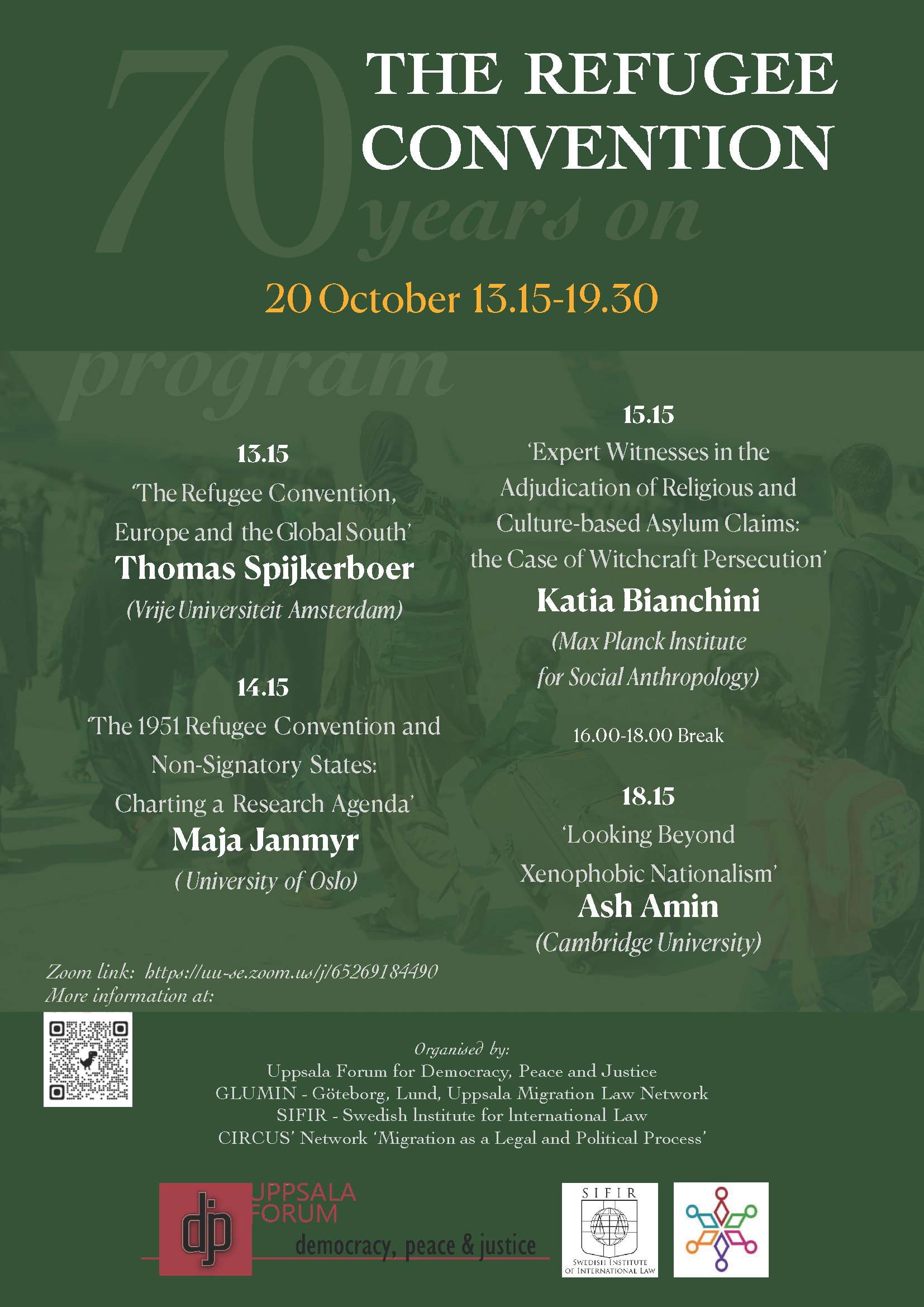